Poisonous Snakes In New Mexico: Learning Is Safety Step One

Poisonous Snakes In New Mexico: Learning Is Safety Step One

Summer is prime snake season in New Mexico, and it’s a good idea for you to be aware of the possibility of snakes – both when you are out walking your pets or when your pets are playing in their areas near your home.

Like all animals, snakes are on the hunt for food and water; and during the summer months in our state, they’re also on the lookout for shelter. It’s a good idea to keep an extra keen eye out in areas where there is water, shade, and the possibility of snakes’ favorite snack – rodents – during summer months. It’s also a good idea to know which snakes are poisonous

There are two main types of venomous snakes that inhabit New Mexico – the prairie rattlesnake and the coral snake. 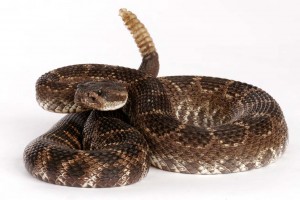 Rattlesnakes are very common in our region, with adults ranging from two to four feet in length. Rattlesnakes are easily identified by the “rattle” buttons stacked at the end of their tales, which they sound if they feel threatened. Rattlesnake venom is very toxic and can be deadly, especially for smaller pets and/or pets that have not been vaccinated.

Like rattlesnakes, coral snakes are extremely poisonous. They can be found in the southwest corner of New Mexico, and though the coral snakes found in New Mexico are often too small to bite humans, they can easily bite smaller dogs and cats.

Rhyming aside, it’s a good idea to leave all snakes and wild animals alone, especially during the summer months. It’s also a good idea to get your pets vaccinated with specially formulated antivenins to protect against snakebites on the occasion they do happen.